Stranded in Denver: The Adventures of a 90-Year-Old Traveler 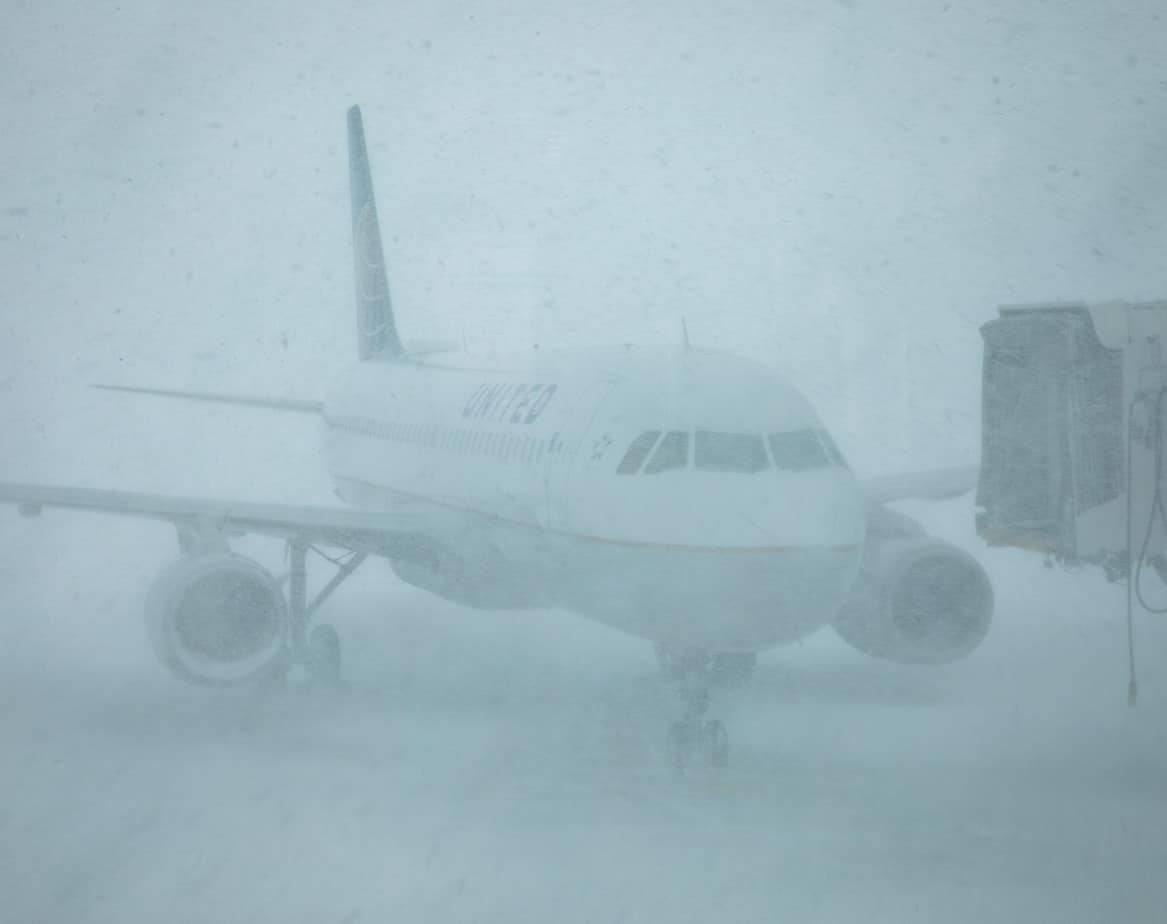 When Otti Ney, 90, flew into the Denver International Airport on March 13, she didn’t know she was about to embark on a two-day stay that would remind her of enduring air raids in Germany during World War II.

Otti was heading from Sacramento, Calif., to Madison, Wis. to celebrate her 90th birthday with family. Her daughter, Denise Ney, Madison, bought her a first-class ticket, including wheelchair service, to make the trip as pleasant as possible. Otti left her Sutter Creek, Calif. home at 3:30 a.m. for the one-hour ride to the airport.

While at the airport, United Airlines personnel informed Otti that they expected a severe storm in Denver in the afternoon.

“Because my flight arrived in Denver at 10:03 a.m., I expected to make the transfer to Madison before the storm hit,” Otti recalled.

Unfortunately, when the plane landed, the storm was already in full force. “It was a sight to behold. Nothing moved and snow and ice covered the grounded planes. Our plane had trouble getting to its gate,” Otti recalled. “The wind was 75 miles per hour with ice particles flying through the air. Everything was so still.”

CBS News described the weather event as a “bomb cyclone” that brought hurricane-force winds to the Denver International Airport. Thousands of people were stranded. The airport closed all its runways for only the fourth time ever. The severe weather resulted in the cancellation of more than 1,300 flights.

After arriving in Denver, Otti deboarded the airplane and the wheelchair attendant was waiting for her. Otti was so pleased with the attendant’s assistance. He waited in line with her for more than an hour to help reschedule her flight. After completing that task, Otti faced the realities posed by a closed international airport – the fifth busiest one in the country. No one could enter or exit the facility. Thousands of people were looking for seats.

Otti’s attendant gave her great advice. He suggested that she take the escalator to the upper floor and look for chairs located at restaurants. Most closed because they ran out of food or didn’t have the personnel to run them. Otti followed his advice and was grateful to find a hard metal chair.

“At that point, I set some rules for myself,” Otti said. They were as follows:

“I must have been the oldest person on the upper floor,” Otti said.

During her ordeal, Otti noticed or experienced many moments of kindness.

Stranded passengers included many young couples with small children. On one of her walks, Otti observed an elderly black man sitting in a circle and playing cards with young children of many races. “It was such an uplifting sight,” she said.

One young woman gave Otti a neck pillow to use and United Airline personnel handed out sandwiches. Fellow passengers watched her belongings during her walks. When Otti had difficulty getting up off the floor because of her two knee replacements, a man carefully pulled her up.

As the day progressed, the airport distributed one disaster relief blanket for each person.

By nightfall on March 13, 2019, Otti observed wall-to-wall people sleeping on the floor covered with the grey blankets.

“It looked like a battlefield,” she said. “It also reminded me of the many times I took shelter in cellars and bunkers during the World War II air raids in Germany.”

During her extended stay at the airport, Otti got to know fellow passengers. One asked about her German accent and wanted to know about her experiences during the war. Otti replied that she wrote a book about her life: Otti Remembers: World War II Teen Immigrates to America. Her daughter was the co-author. For an engaging video, see www.ottiremembers.com.

Otti finally reached her destination on March 14, after more delays.

“I will always remember that this experience brought out the best in people,” she said.